Ali is a Principal of Spirit Living Group and leads development and acquisitions for the Company. Prior to founding Spirit, Ali was Vice President of The GMS Group, an investment banking firm specializing in real estate and senior housing finance, where he served as underwriter and later opened the Company’s West Coast office. Before GMS, Ali was an attorney at the San Francisco-based law firm of Hanson Bridgett, where he represented real estate and senior housing owners and operators throughout the United States. Ali is also a founding principal of AgeSong, Inc., an assisted living management company serving seniors in the Bay Area, where he served as President until 2007. Ali received his Juris Doctorate degree from Santa Clara University School of Law where he has been a guest lecturer, and is a graduate of the University of California at Berkeley. Ali’s interests include modern architecture inspired by Mies van der Rohe, vipassana meditation at Spirit Rock, nature-based outings and running half-marathons, with a best time of 1:42. 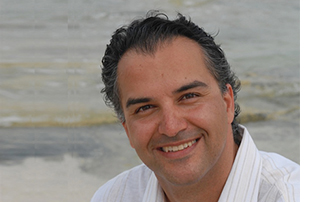 Amir is a Principal of Spirit Living Group and leads the Company in the areas of finance and operations. Amir is a founding Principal of AgeSong, Inc. and brings extensive experience in senior housing finance, operations and management, having served in various capacities for the Company until 2007, including Executive Director, CFO and CEO. He was responsible for funding $115 million in acquisitions and development while keeping a close pulse on the quality of care and services, receiving the American Society on Aging’s National Award for Excellence in creating exemplary programs and performance models. He is a graduate of The Wharton School of Business and the Graduate Theological Union in Berkeley where he has taught and served as Vice-Chair on the board of trustees of the Unitarian Universalist seminary. He currently serves on the board of Golestan Kids in Berkeley and brings balance to his work by coaching people to live from their spiritual center and supports a diverse population of men and women at the county jail as a meditation and communication facilitator. Amir’s interests include, improvisational theater, Argentinian tango and nature, recently hiking 850km to Camino de Santiago along the northern coast of Spain in 30 days. 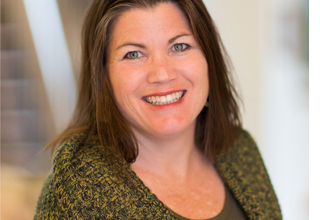 Paula guides Spirit Living Group in operations and program development. Paula has spent close to 30 years focusing on improving the service delivery systems for elders through executive management positions and consulting projects throughout the country. She has in-depth experience and a proven track record in senior housing and assisted living operations, staff training, regulatory compliance and new program development. She served as Chief Operating Officer of AgeSong Senior Communities where she oversaw operations, marketing and new building development. Previously, she served as Vice President of Operations and Marketing for Elder Care Alliance, where she participated in all phases of feasibility, development, and operations for its assisted-living, dementia, and multilevel long-term care communities in the San Francisco Bay Area. She also worked for ARV Assisted Living for 11 years in various capacities, including as Vice President of Operations and Strategic Planning. Early in her career, she served as Director for the City of Anaheim’s Adult Day Care Program and as a social work intern at Highland Hospital’s Trauma Center. She holds a master of social work from San Jose State University. Paula is actively involved in state and national industry associations including past commissioner of the California Health Policy and Data Advisory Commission, past board member of Assisted Living Federation of America (ALFA, now Argentum) and is currently Past President and Education Co-Chair for the California Assisted Living Association (CALA). Paula is involved in innovative research studying the benefits of equine guided workshops for people affected by dementia through The Connected Horse Project, a non profit she co-founded that has pilot programs with Stanford School of Medicine and UC Davis.